You are here: Home / Featured / Computational Tools Could Change the Way Sleep Apnea is Treated 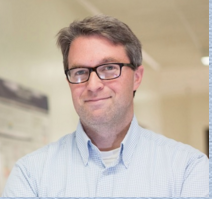 Imagine that before performing surgery doctors could consult software that would determine the actual effectiveness of the procedure before even lifting a scalpel. With the use of a computational model of the human airway being developed by Dr. Jeff D. Eldredge, a professor at the School of Engineering and Applied Sciences at UCLA, for people who suffer from sleep apnea such a scenario may be more than just an imagining.

Previously, Eldredge had been working on creating models that simulated the interactions between blood and vessel walls with Dr. Shao-Ching Huang from the UCLA Institute for Digital Research and Education (IDRE), which funded development of the computational tools for the project. He said that previous work was the impetus for his current work, which focuses on the problem of sleep apnea, or the repetitive or partial obstruction of the airway during sleep that can lead to problems including high blood pressure, stroke, and heart failure.

Eldredge and his team has worked closely with Dr. Sanjay Mallya, a faculty member in the UCLA School of Dentistry, as well as Dr. Susan White, a former medical resident. The dental school initially approached Eldredge to test whether or not mandibular devices, or devices that open the airway by moving the lower jaw forward, would work without having to do expensive testing where patients would have to be sent home to test out the product for weeks at a time. The partnership has led to developing a tool that simulates air-tissue interactions in the upper airway of patients. The parallel, high performance air flow simulation code, an essential piece of the tool, was developed primarily at IDRE by Dr. Huang.

The tool functions by mapping the geometry of the patient’s airway through the use of dental cone-beam CT scans, which allows researchers to simulate airflow inside 3-D models of the rigid upper airways of patients with obstructive sleep apnea. By altering the geometry of the model, such as shaving a little bit off a jaw bone in the simulation, Eldredge said the computation can show what effect surgery could have on a patient without actually operating.

“You don’t want to ever have to rely on actually going in and cutting a patient to see if it gives you answer or not,” he said.

While he has only been working on the issue for approximately three years, he said researchers have attempted to create such models for the last 10 to 15 years. However, Eldredge said that although the studies utilized complex geometry and real patient data, many of these efforts have imagined the airway as rigid, basically a pipe where air comes in as you are breathing rather than a tissue that experiences elastic deformation and collapse as in patients with sleep apnea.

“That wasn’t coinciding well so we decided ‘let’s build a computational tool that will actually account for the tissue collapsing,’ the actual motion of the tissue,” he said. “That meant we had to simulate the elastic deformation in the tissue of the airway and also the fluid dynamics of the air going through the airway.”

Eldredge said he views the project as a series of “baby steps.” He said a major goal his team has is to be able to use the computational analysis gained from his tools as a predictive tool for sleep apnea. On the horizon, he hopes for even further application of the tools such as developing a computational model of the lungs to create a comprehensive model of the upper airway and lungs.