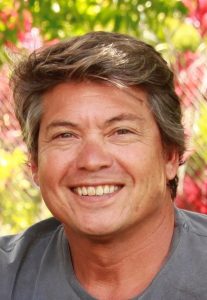 Warren Mori, IDRE Executive Director, was awarded by the American Physical Society (APS) for the 2020 James Clerk Maxwell Prize in recognition of his outstanding contributions to the field of plasma physics.

Troy Cater, physics professor and director of the Plasma Science and Technology Institute, and a colleague of Mori’s called the award a “tremendous honor recognizing career achievement and arguably the most important award in plasma physics in the world.”

APS celebrates Mori for his “leadership in and pioneering contributions to the theory and kinetic simulations of nonlinear processes in plasma-based acceleration, and relativistically intense laser and beam plasma interactions.”

Mori has coauthored more than 400 publications on a variety of topics in the field of plasma and computational physics.

Now with this year’s prize to Mori, UCLA is second to only to Princeton in the number of winners of this prize.