You are here: Home / News / The Hacker Web Project: Exploring the Dark Side of the Web 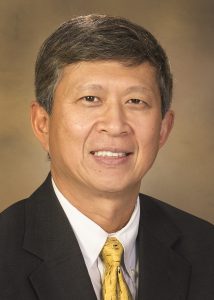 The new celebrity doesn’t exist on the big screen or even the silver screen—hackers exist on your personal computer screens. The topic of hacking has blown up on the international stage and even received considerable attention in the current presidential election after presidential candidate Hillary Clinton’s campaign chairman’s emails were hacked and later shared across the Internet.

On Wednesday, November 9 from 11:45 a.m. to 1 p.m. in the Charles E. Young Grand Salon at Kerckhoff Hall, Dr. Hsinchun Chen, founder and director of the Artificial Intelligence Laboratory at the University of Arizona, will speak to the growing interest in the subject of hacking. In the Institute for Digital Research and Education (IDRE)-sponsored lecture “The Hacker Web Project: Exploring the Dark Side of the Web,” Chen will speak about his National Science Foundation-funded Hacker Web Project.

The NSF funded the Hacker Web Project with the intent of addressing “significant cybersecurity research and education challenges facing the U.S. and internationally.” Over the course of the talk, Chen said he will address how the project develops advanced data, text and web mining techniques to gain a better understanding of the international underground hacker community. Research on how to identify key hackers, important hacker assets, and emerging threats in cyber crime will also be explored.

Chen said he has been researching security analytics for more than 20 years and his projects have included crime data mining and terrorism informatics using the Dark Web, a collection of thousands of websites that utilize anonymity tools to mask their IP address. Since he began his work, Chen said cybersecurity threats have become more diverse and the hacker community has become more international and specialized.

During the presentation, Chen will describe the AZSecure Malware Portal, a tool that he and other researchers created that allows researchers and cyber analysts to better understand the source codes, people, and groups behind the large network of international hackers.

Q: What first got you interested in doing research around the international underground hacker community and how has your research evolved since it first began?

Dr. Chen: “It’s a natural progression. I have 20 years of research in security analytics, from COPLINK (police software) for crime data mining, to Dark Web for terrorism informatics, and then Hacker Web for exploring the international hacker community. The cybersecurity problems have become more serious and pressing.”

Dr. Chen: “The threats have come more diverse, from DDoS (distributed denial of service – a disruption of service that serves to allow hackers to demonstrate their abilities and power that can then be used as blackmail to extort money from businesses) and ransomware, to the new mobile malware and Internet of Things vulnerabilities. The hacker community has also become more international and specialized, but always high collaborative among themselves.”

Q: What kind of tools and datasets for assisting law enforcement and security analytics community will be covered during the talk and how accessible are these resources to the average person?

Dr. Chen: “I will describe the AZSecure Malware Portal, which allows researchers and cyber analysts to better understand the source codes, people, and groups behind the vast network of international hackers. All contents were directly collected form the underground hacker community.”

To ensure a space at the seminar, please RSVP by Nov. 3.