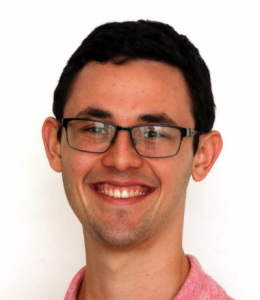 The research aims to determine the dependency between the internal and external state of a cell.

“Biologists mostly think that the internal state of a cell is sensitive to its local environment.” Maltz said. “People say that all the time, but no one has ever been able to accurately quantify that claim.”

Maltz and the research team use NVIDIA Titan V GPU, a graphics processing unit, to train a deep neural network to recognize patterns between cells’ internal and external states. “Imagine randomly sampling a thousand people, then taking a picture of each face and asking their emotional state during the picture. Information about each person’s emotion is embedded in the picture of their face, and vice versa. The dependency between the two measures how strongly facial muscles are affected by emotional state” Maltz explained.

The lab’s GPU, provided by NVIDIA’s GPU Grant Program, runs through multiple sets of paired data and trains a deep neural network to extract all predictable information between a cell’s internal and external states. Determining a cell function’s dependency on its internal state can help researchers understand diseases and in turn, improve the diagnosis and treatment of those diseases.

“Quantifying statistical dependencies in biology is really difficult,” Maltz emphasized. “People have only been able to solve the ‘easy’ problems where one protein or one molecule is responsible for the entire function.” The discovery of sickle-cell anemia was straightforward because there was one obvious change to a single protein, hemoglobin, that distorted patients’ red blood cells into a crescent shape. Doctors test patients for the abnormal hemoglobin S, and treatments for sickle-cell anemia are built on the knowledge an atypical hemoglobin protein causes the disease. Diseases such as obesity, Alzheimer’s, and depression are ruled by numerous small factors, and they have seemed impenetrable by science since researchers cannot measure all their causes at once.

The research intends to create a general method for quantifying the dependency between a cell’s internal state and its external function– even when the dependency is distributed among many small factors.