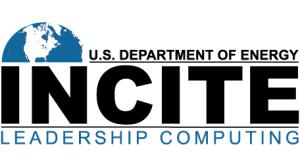 Time, for some, can be the greatest gift of all.

Three UCLA research teams have been awarded by the U.S. Department of Energy a combined 283 million core hours of computing time on the Mira supercomputer at Argonne National Laboratory, one of the world’s fastest supercomputers. The DOE’s Innovative and Novel Computational Impact on Theory and Experiment (INCITE) program, which provides access to the DOE’s Leadership Computing Facility centers at Argonne and Oak Ridge national laboratories, announced a total of 56 awards.

Mira is an energy-efficient, 10-petaflops IBM Blue Gene/Q system capable of 10 quadrillion calculations per second. Capable of doing in one day what would be 20 years of work for an average personal computer, Mira is ranked the fifth fastest open science supercomputer in the world, and in the United States, second only to Titan at the DOE’s Oak Ridge facility. Supercomputing is used to solve challenging scientific problems in a wide range of research areas, from biology to astrophysics to materials science to renewable energy.

One of the awards went to a team led by UCLA geophysics professor Jonathan Aurnou, which aims to study the origins of Earth’s magnetic field. The team’s project is titled “Frontiers in Planetary and Stellar Magnetism through High-Performance Computing.” They will use the Mira supercomputer to simulate the generation of the Earth’s magnetic field, using Rayleigh Code, computer software designed for this specific purpose at the Computational Infrastructure for Geodynamics (CIG) at UC Davis. The researchers will also simulate the magnetic field generation occurring inside Jupiter and the Sun.

Professors Warren Mori and Michail Tzoufras, both from UCLA’s Plasma Simulation Group, are part of an interdisciplinary team awarded 110 million processor hours for a project titled “Particle Acceleration in Shocks: From Astrophysics to Laboratory in Silico.” Through computation modeling, the team will investigate particle acceleration mechanisms in astrophysics. They hope to gain an understanding of the physical mechanisms behind shock formation and particle acceleration and to establish the conditions whereby these shock waves can be excited in the laboratory and explored for different applications. The research team has already produced results demonstrating that laser-driven shock waves can accelerate proton beams with the potential to reach energies relevant for cancer therapy. Their efforts will trigger unique scientific results and open new avenues for research on the fundamental processes associated with shock formation and particle acceleration, enabling reproduction in the laboratory of conditions found in gamma-ray bursts, supernovae and other extreme astrophysical events.

Mori and Frank Tsung, also from UCLA’s Plasma Simulation Group, also received an INCITE award for their project, “Petascale Simulations of Laser Plasma Interaction Relevant to IFE.” Inertial fusion energy (IFE) is one of the most attractive approaches to harness fusion energy, a highly desirable source of clean energy. However, there are many significant obstacles to obtaining and harnessing IFE in a controllable manner, such as the laser-plasma instabilities (LPIs) encountered by laser beams. This project will address this critical challenge by supporting developments in IFE experiments through computer simulations of LPIs. The outcomes will significantly advance the understanding of LPIs relevant to IFE.

In addition to providing computing time on supercomputers, the DOE award also provides expertise and support from INCITE staff to ensure that researchers make the most of the processing power of the computer.

“The INCITE program is the driver for some of the world’s most ambitious and groundbreaking computational research projects in science and engineering,” said James Hack, director of the National Center for Computational Sciences, which houses the DOE’s Oak Ridge Leadership Computing Facility.

This article was adapted from one published by UCLA Newsroom. To read the original article, please click here.