You are here: Home / News / Model: Impossible – How The Marian Group at UCLA Visualizes the Unknown 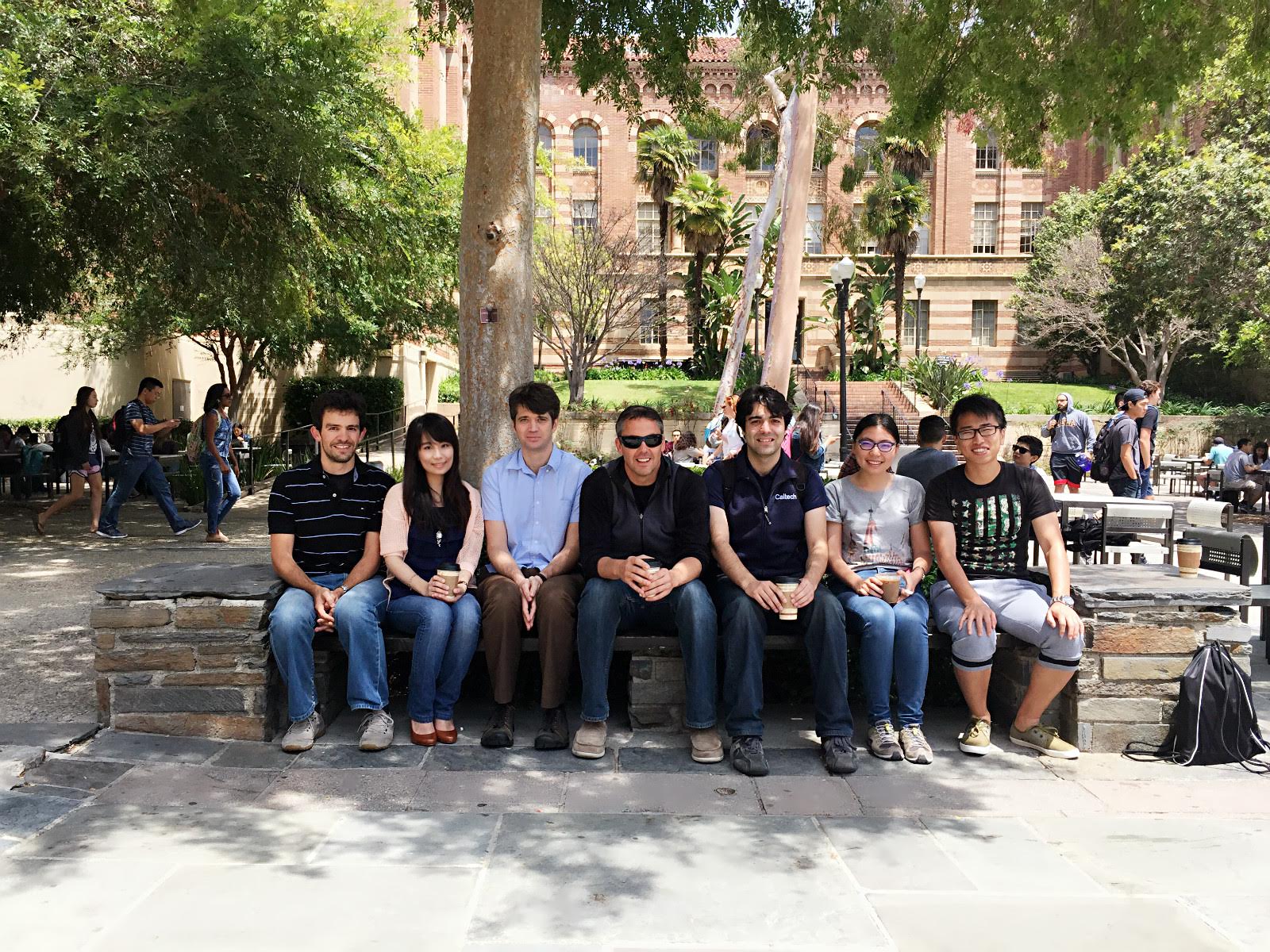 Professor Marian with members of the Marian Group.

Imagine stepping into your lab to find that you have captured your very own star on which to conduct research. It’s a nice thought, but housing what amounts to an exploding ball of gas that can reach 100,000 degrees Fahrenheit isn’t what most scientists would call practical.

Enter Jaime Marian, a professor in UCLA’s School of Engineering and Applied Sciences and a member of the Institute of Digital Research and Education’s Executive Committee.

“We could have all the expensive, experimental equipment available that is out there,” he said. “But there are always conditions which we cannot replicate in the lab.”

The center of the sun. The depths of the ocean. The pressure of the Earth’s mantle. These are just a few of the extreme conditions Marian mentions that are extremely difficult to replicate in a standard laboratory.

That’s where his research collective The Marian Group comes in. Using computational modeling, the group formulates theoretical models of materials behavior under conditions that are extremely difficult to physically replicate, such as ultrafast heating, high dose irradiation, or very fast deformation rates.

“I want to at least be able to say something about how materials behave in those extreme environments to help guide or complement experimental science,” he said.

Embedded in Marian’s philosophy of research is making these models multiscale, which means to link spatial and temporal scales from the very small electron level all the way to the engineering scale. 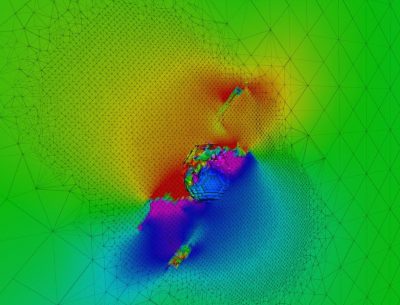 A deformation field around a bubble in Aluminum. These bubbles form under extreme deformation conditions in shocked metals.

When you see a material behave or evolve under certain conditions, what you see with your plain eyes is far from the whole story. Rather, what you see has been triggered on the atomistic scale, or a scale that operates on an extremely fast and small level. For example, what is happening on the microscopic scale when a laser interacts with ocular tissue during laser eye surgery has consequence on the observable scale in the form of one’s eyesight.

“Things that happen in the length of one nanosecond can have impact on what happens on the scale of minutes or hours,” he said. “We don’t want to neglect that information.”

Multiscale computational modeling of materials evolution under extreme conditions may sound like a mouthful, but Marian said his research doesn’t require much physical space.

Marian said that because the nature of his work does not compel much in the way of physical equipment, he doesn’t need an expansive laboratory. He said while some people researching computational materials may need lab space to maintain their own computer clusters, this is not necessary for him as a member of IDRE.

“(When I came to UCLA), instead of everyone having their own little dispersed cluster and me having to worry about maintenance and upkeep, everything was centralized through IDRE,” he said. “One of the defining factors for which I chose UCLA over some other opportunities was the existence of IDRE.”

Since his arrival at UCLA around three years ago, Marian has managed to keep more than busy. In addition to being personally involved in the research of each of the 5 to 7 postdoctoral researchers and students involved in his group each year, he is currently working on multiple projects of his own. One involves the development of materials able to withstand the energy of fusion, or the process which powers the sun and the stars, while another deals with the processes happening at the atomistic scale that lead to the corrosion of materials we see on a visual level.

Professor Marian may not be working with actual stars when he models their function in laboratory conditions, but he’s reaching for them none the less.