Data as Infrastructure: CDS, Astronomy and beyond 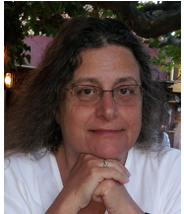 Abstract: Science data sharing is currently high in the political agenda, but some disciplines began to share their data long ago. Astronomy has been at the forefront, and now data is one of the discipline research infrastructures widely used by astronomers in their daily research work. The pioneering work of Strasbourg astronomical data centre CDS, which was founded in 1972, will be described, as well as the astronomical data network and its global interoperability layer, the Virtual Observatory. Many other disciplines are establishing structures to share their data, which vary considerably by their culture and history. A few French examples (humanities, earth sciences) will be described. Finally, the way the Research Data Alliance (RDA) tackles the general question of enabling research data sharing will be briefly discussed.

Speaker: Françoise Genova was the director of the Strasbourg astronomical data centre CDS from 1995 to 2015, and one of the founding parents of the astronomical Virtual Observatory project. She has coordinated several projects dealing with the European Virtual Observatory. She currently leads the “Data Access, Discovery and Interoperability” Work Package of the European ASTERICS astronomy Cluster, which aims to optimize the usage of data from large astronomical projects through the Virtual Observatory. She was a member of the High Level Expert Group on Scientific Data of the European Commission, which wrote the “Riding the wave” report (2010) and the subsequent “Data Harvest” report. She is co-chair of the RDA Technical Advisory Board, and an active member to several RDA Europe projects. She is a current member of the Data Seal of Approval Board, and a past member of the WDS Scientific Committee (2009-2015) and of CODATA Executive Committee (2010-2012).

53 people are attending Data as Infrastructure: CDS, Astronomy and beyond

Tickets are not available as this event has passed.